The results of the Beauregard Electric Cooperative, Inc. (BECi), director elections were announced Saturday, March 26 during the BECi Annual Membership Meeting at co-op headquarters in DeRidder. 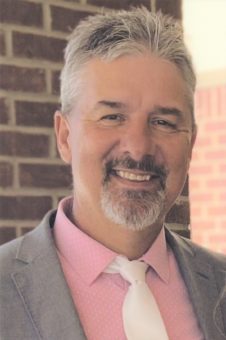 elected without opposition. Buxton, a resident of DeQuincy, is the Environmental, Health and Safety Director at Enserv and is also the co-owner of Toddler Junction Early Learning Center in DeQuincy. Buxton, an alumnus of DeRidder High School, attended McNeese State University from 1993 to 1997. He is active in his community and the American Society of Safety Engineers.

Backhaus, an alumna of Sulphur High School, holds a bachelor’s degree in accounting and a master’s degree in education from McNeese State University. Backhaus is an accountant, realtor, retired math teacher and has been a Registered Tax Preparer for over 30 years. Backhaus is also a member of the Henning United Methodist Church and a NRECA Credentialed Cooperative Director.

BECi is the distribution cooperative that serves the electric needs of more than 43,000 residential, commercial and industrial members in a 7-parish area of southwest and central Louisiana. For more information on BECi’s Board of Directors and the BECi Bylaws, visit www.beci.org.