Home Member Services FAQs
What are these charges listed on my bill?

Your BECi bill is broken down into these four components:

Will I have to pay more in the future on my electric bill for the hurricanes?

I think there is an issue with my “smart meter”. How do I have it looked at?

BECi’s new meter system has significantly improved the accuracy and timeliness of meter reading and billing and has significantly reduced the number of estimated bills per month. If your meter is not working correctly, it will stop and send a message to our dispatch center. We will then dispatch a technician or lineman to install a new meter. In cases where a member was seeing erratic or a large jump in kWh, the issue has been on the members’ side.

How does the weather affect my electricity bill?

Most of your electricity bill accounts for heating and cooling costs. In the winter, it takes your heating unit more energy to warm a house than it does to cool it. Remember, changing your thermostat only one degree can cost up to three to five percent in electricity usage. December in Louisiana was milder than normal. However, in January 2022 the average temperature was 50 degrees – significantly colder than normal. This will cause an increase to your electric bill. If you use gas or propane to heat your home, you will see an increase in that bill.

My electricity has gone up and I’ve done nothing different. What is the issue?

If there have been no significant jumps in temperature or weather, you may have a malfunction in your home. Large appliances, hot water heaters, a/c and heating units can leak, break or malfunction and use more electricity than normal. Unfortunately, some of these problems are not noticed until the member receives a higher than average electricity bill.  We encourage members to inspect their home or have a certified electrician have a look.

How can I find out how much electricity I am using?

Members can sign in to their account at beci.org and view their usage on a daily or monthly chart. You can also track your usage by reading your meter and comparing it to the daily reads you see on your usage graph. BECi metering system “reads” meters every night at midnight. 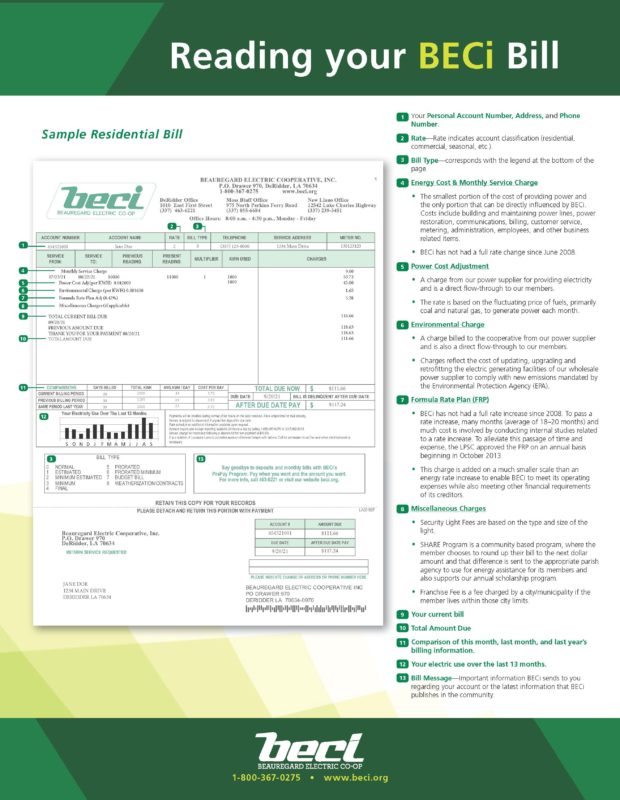